Mzansi’s parts guru, Malcolm Kinsey, has sound advice for dealers who inflate their parts and services prices but he says by and large, the perception that dealers charge exorbitant prices is misplaced.

As a young rally racer and photographer, champion fuel miser and extreme caravan puller, Kinsey never thought that he would become South Africa’s first automotive consumer journalist when he started the annual Kinsey Report in 1990.

“I was only aiming to add an extra element to my reports on the models nominated for the SA Guild of Motoring Journalists Car of the Year (COTY) by listing prices for the most common parts that require replacement,” Kinsey told Dealerfloor.

“But that list and its indication of real running costs proved so popular that the following year a few publications asked me if I would again cobble together something, and ‘the Kinsey Report’ became a reality.”

Once, in 1998, he grew ambitious and expanded the parts report to provide a cost per kilometre (cpk), based on servicing and general running costs. This report, however, took over a year to complete. “I used the manufacturers’ recommended service costs up to 100,000 km and reported expenses from full maintenance leasing companies that had large vehicle fleets.

But costs and time restraints quickly cut short the “ckp report”, and in 1999, Kinsey reverted back to parts price comparisons of the best-selling models. But he is always modernising the report to meet buyers’ constantly shifting information needs. This year, the AA Kinsey Report divided the vehicles into nine categories, with crossovers and SUVs dominating the report, as they do vehicle sales.

With lockdown also preventing his usual method of personally getting written quotes from dealers as the average consumer would, he asked a few manufacturers to supply their recommended retail prices with VAT, which he checked at random dealerships during September.

Kinsey said one thing he has learned in 30 years of compiling the Kinsey Report is that parts prices are “not an exact science”, with a lot of variations in parts prices even from the same dealer on the same day.

“Unfortunately, there are still some who ignore the recommended retail prices and they are to blame for the widespread public perception that dealer prices are exorbitant. The reality is that big groups and popular brands like Barloworld, Bidvest, Hyundai, McCarthy and Toyota and VW are quite good at maintaining the same prices for their parts catalogue at franchises across SA.

“Especially Toyota’s prices often only differ by a few cents at various dealers, which goes back to the value set by South Africa’s visionary industrialist, Dr Albert Wessels, as the founder of Toyota South Africa.”

While he is best known for his annual report, Kinsey can also lay claim to some of the fastest lap times at the Hesketh Race track in Pietermaritzburg, as well as for being the only driver yet to have pulled a caravan at speed up Sani Pass. “That was in 1976, long before the smooth pass of today. I pulled a Sprite caravan up the pass three times with a 3-litre Ford Sapphire automatic on Continental tyres. We used a Ford F250 to take the caravan back each time, as the record attempt was only for going up. Sani Pass has too many hairpins to have a caravan pushing a light car going down.”

These days he enjoys setting fuel consumption records, employing every trick in the book to record truly miserly consumption, from timing a journey to get tailwinds to avoiding peak hour traffic. His advice to parts and service managers who ignore their recommended retail price lists is to become just as miserly on behalf of their customers.

“The days when your clients had no clue about what constituted a fair price are over — Internet comparisons, including my report, are only a click away on their phones, and clients have many platforms on which they can praise or damn dealers, regardless of the fairness of their perceptions. And because things seem to live forever on the web, it is a much better investment to take a knock on the mark-up in order to win long-term goodwill,” Kinsey says.

You can have a look at the past Kinsey Reports at www.kinseyreport.co.za or download the latest report here: AA Kinsey Report 2020 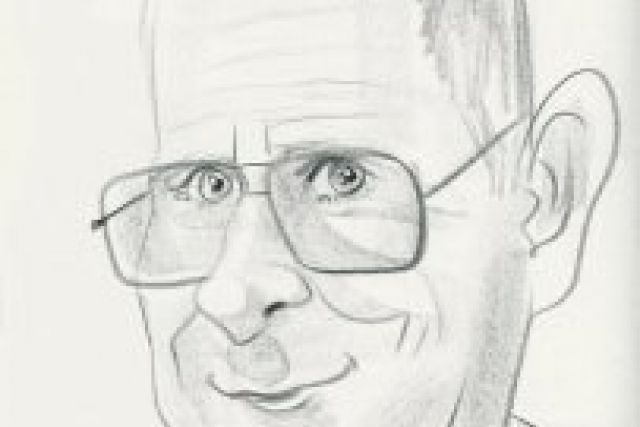