According to Andrea Cavallaro, Director of Operations for the Ford International Market Group, the investment will include upgrades to expand production of its Ford Ranger pick-up truck, increasing current units from 168 000 to 200 000 annually.

“This is the biggest investment in Ford Motor Company’s South African history since local operations were first established in 1923, almost 100 years ago,” Cavallaro said. “We believe it is also the largest ever investment into the domestic automotive industry to date, thereby showcasing our commitment to a better future for all South Africans.”

According to Cavallaro, approximately 10 000 new jobs will be added to supplier companies, contributing to the approximately 60 000 jobs Ford supports within the total value chain. More than 1 200 new jobs are expected at the plant itself, complementing the current existing workforce of 4 300.

Apart from the $686 technology upgrades to increase production volumes and efficiency, the Silverton plant will be transformed into a modern, state-of-the-art production facility with a brand-new body shop, paint facility and an improved vehicle flow with increased container and vehicle yards.

Cavallaro said the Silverton plant will be one of only five in the world (two in Thailand, and one in each of Argentina and the US) where the Ranger will be manufactured and will be the largest of its kind outside of the US.

According the Cyril Ramaphosa, President of South Africa, the expansion of the plant at Silverton will include 12 automotive component manufacturing suppliers, proving to be a clear statement by Ford to emphasise its confidence in the development of the manufacturing industry in South Africa and building economically sustainable local communities.

“The auto manufacturing plant will also affect and expand the travel corridor between Gauteng and Port-Elizabeth in the Eastern Cape from where the vehicles will be exported,” Ramaphosa explained. “The way economic activities across the country, the continent and indeed the world join up, is a clear part of the Master Plans developed by Government.”

It is expected that the new plant will increase auto manufacturing in the country by 20%, thereby boosting total exports with at least 22 000 vehicles a year. Taking load shedding into consideration, it is planned to run off the grid by 2024. 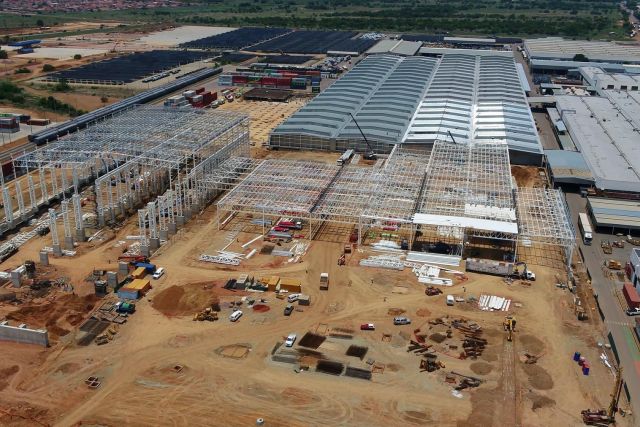