New-vehicle sales in South Africa have not recovered after lockdown and have not come even close to pre-COVID-19 sales figures … except the Toyota Hilux.

According to Naamsa, although aggregate new-vehicle sales in September recovered well compared to the previous month, sales were still 23.9% down on the corresponding month in 2019.

However, the trusted Toyota Hilux has accumulated no less than 4 252 units of Toyota Motors South Africa’s market-leading 9 435 sales.

And of these, Barloworld Toyota Centurion has sold more than any of Toyota’s remaining 200 dealers country-wide – 137 sales, to be exact.

“We had a very good month and there was no single, big order that pushed up sales,” he says. “I’m happy to hear that we had the most dealer sales!”

Although the aggregate TSAM sales of September is 2 456 units down from the corresponding month last year, Hilux figures from last month were 842 units up compared to the same month in 2019.

In the words of Leon Theron, Senior Vice President of Sales and Marketing at TSAM: “September was a tremendous month for Toyota considering the current state of the market. New-vehicle sales had dropped into uncharted territory during the months of hard lockdown, even causing considerable damage to consumer sentiment. We are so pleased by the resolve demonstrated by our dealers across the country, who have themselves come through a challenging time largely unscathed. Their hard work has delivered this result, and we pay tribute to their resilience.”

Apart from the Hilux, the HiAce Taxi, averaging a 97% market share in its segment, amassed a total of 1 018 units on its own.

According to the National Association of Automobile Manufacturers of South Africa (Naamsa), aggregate domestic sales, at 37 403 units, continued to improve in line with lower lockdown levels over recent months, but still reflected a decline of 11 737 units or 23.9% from the 49 140 vehicles sold in September last year.

After Toyota’s 9 435 total sales, the Volkswagen Group was the second biggest seller in September with 5 458 units, with Ford Motor Company in third place with 3 679 units. 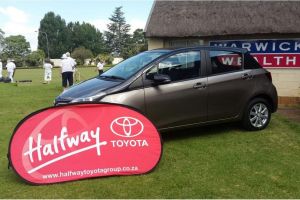