No fear of the Lightyear

Auto electrician, truck brakes specialist and trainee Java programmer Lunga Sibiya is keenly interested in electric vehicles, but he tells his young cousins there will be a need for petrol and diesel mechanics for decades to come. 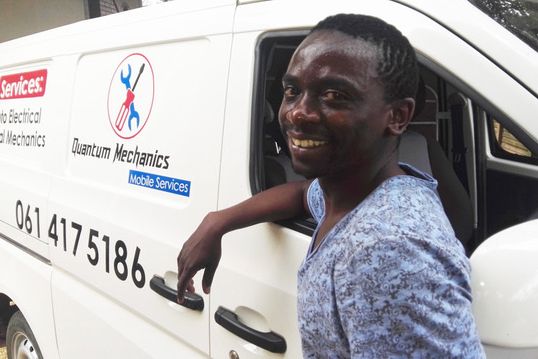 Sibiya has been saying this since 2012, when his portfolio of 170 hand-drawn sketches of all types of transport — from muscle cars to a vacuum train and a hydrogen car using ground-effect to create lift — got him the nod to enrol at the University of Coventry in England to study car design. But Sibiya could not raise the funds to study abroad and instead signed up as a trainee mechanic through Mercedes-Benz’s training programme. Since then, he specialised in auto electronics and truck braking systems.

Dealerfloor caught up with Sibiya in his mobile office, a Chanqan van, to ask if he changed his mind about the impact electric drivetrains will have on the industries that keep internal combustion engines running.

“I said in 2012 that cars won’t change that much in the near future, our addiction to fossil fuels is still too strong, and despite exciting developments in Europe, like the Lightyear, the Einride and the Volocopter, or even the Rivian and Tesla’s steel bakkie from America, I still tell my cousins ‘if you train as a mechanic, you will have a job for a life’”.

‘I still tell my cousins, if you train as a mechanic, you will a job for a life’

The Lightyear is a car that runs on sunlight — even the washed-out grey stuff they call sunlight in The Netherlands. The Einride is a self-steering, all electric platform from Sweden that delivers containers, like giant versions of the small robot platforms that deliver parts to assembly lines in modern car factories. The Volocopter from Germany is one of a dozen flying cars being readied for sale, as Dealerfloor reported here. The Rivian is a 14,000 Nm (yes, fourteen thousand) all-electric powertrain carrying either a double-cab bakkie or SUV, which recently passed its towing tests up steep hills in temperatures of 41 degrees Celcius.

Sibiya says he avidly follows the development and tests of these vehicles, but he sees nothing that is Africa-proof yet.

“The other day, I had to wade into a river to fix the burnt-out wiring on a truck, working knee-deep in icy water. I was wondering if any of the new EVs are strong enough to survive a river plunge… I don’t see any yet.”

Then there is the cost of the futuristic systems versus cheap human labour. Sibiya says the Lightyear sedan costs over R2.8 million, which he says is a lot of money for an ultra-light vehicle running on thin, motorbike- tyres. Rivian is selling their powerful bakkie for about R1.1 million in the U.S. There is not even a price yet for the Einride prototypes.

‘…whenever automated systems are not as cheap to fix as human-driven systems, we humans will always replace the robots.’

“Everyone refers to Moore’s law in predicting that anything based on digital systems will soon be so cheap as to be almost free. I have two words for them: ‘car wash’. Petrol stations used to put up tall buildings to install those big vertical rollers, then Sparkies like myself had to assemble all the switches to ensure an automatic system. We still have the car wash buildings, but instead of automated rollers, we have young people in there washing the cars with sponges and a bucket.

“The lesson I see is that whenever automated systems are not as cheap to fix as human-driven systems, we humans will always replace the robots. That is why I tell my cousins that vehicles driven by human drivers will be around for decades to come and they will need human mechanics to fix them. 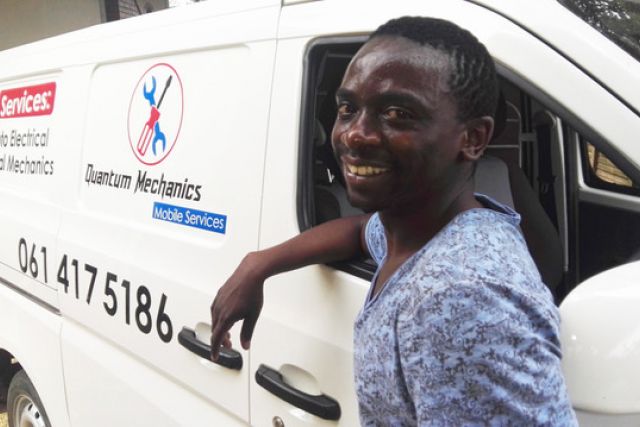