Toyota South Africa Motors (TSAM) has invested more than R2.43 billion in South Africa for the production of a new sport utility vehicle (SUV) at its manufacturing plant in Prospecton, Durban.

The investment for the production of the new Corolla Cross is expected to generate about R2.85 billion in additional component purchases in the South African economy and create 1 500 new jobs, about 500 in Toyota’s plant and 1 000 in the supply chain.

TSAM president and CEO, Andrew Kirby, said on Thursday, 28 January, that Toyota pledged at the Presidential Investment Summit in November 2019 to invest more than R2.5 billion in the production of a new passenger car and is pleased to say the company “is making good on that promise”.

“We will be manufacturing this very model [Corolla Cross] in both right- and left-hand drive…on schedule...for South Africa and the rest of Africa… right here at Prospecton.

“The Corolla Cross is based on the acclaimed new Corolla TNGA [Toyota New Global Architecture] platform and will be built on our passenger car production line alongside the Corolla Quest,” he said.

Kirby said production on the new Corolla Cross will commence in October 2021.

He added that TSAM has been working on localising parts over the past few years, and the new model will have a high level of local content.

TSAM’s Executive Vice President of Manufacturing and Manufacturing Support Group, Nigel Ward, said the local production of the new model will also include the development of three new Tier 1 and a number of Tier 2 suppliers, which is a significant step towards the transformation of the automotive value chain.

Kirby added: “This takes us a step closer to the SA Automotive Masterplan goals that we have set ourselves and, quite frankly, would not have been possible without the policy certainty and progressive stance by the South African government with the introduction of the APDP2 [Automotive Production and Development Plan] trade-related investment measure.

“The all-new Corolla Cross is tangible proof of our commitment to our customers, the dealer network, the local automotive industry and the South African economy,” he said.

The new Corolla Cross will be exported to 43 countries in Africa.

Toyota is projecting a 7% a year growth in the SUV market in Africa, which will provide it with opportunities to increase production of the new model.

Ward said the new model has allowed TSAM to develop both its shop floor and engineering staff.

“After we launched the new-generation Hilux in 2016, we recognised the need to upskill our team in all areas – sending them on extended assignments in Japan, Thailand and Europe.

“These opportunities allowed them to support other projects within the global Toyota network, thus skilling up on best global practices,” he said. 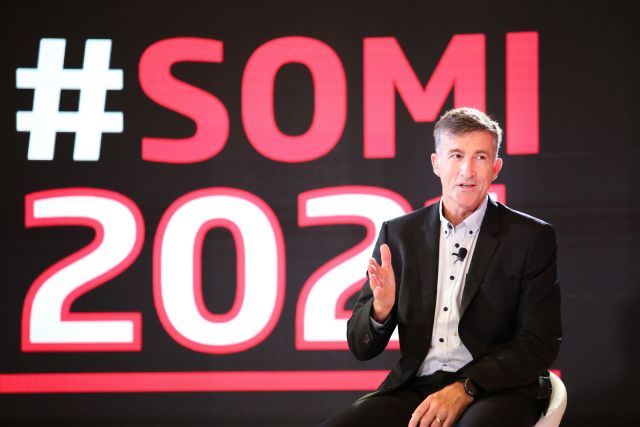