Mahindra will officially take over all tractor and farm equipment operations in South Africa.

This means that the company will offer a complete range of Mahindra tractors and farm equipment through a network of dealers, with technical and customer service support offered directly by its head office and Parts Distribution Centre in Gauteng.

Mahindra first launched its range of farming equipment on local soil in May 2019. For the two and a half years since, it has partnered with regional resellers to help create a footprint in the major agricultural hubs, establish relations with farmers and agricultural organisations and offer customer support.

“With the rapid growth in interest in our range of tractors and other equipment and given our ambitious plan to firmly establish South Africa as Mahindra’s second home outside of India, we decided to take full control of our agricultural division.

“This means that where we assisted a third party to sell, service and support farmers in the past, we will now do so directly. After careful consideration and market assessment, we have decided that one of our most important customer segments – the farmers – would be better served by MSA distributing the product range directly. This decision aligns with Mahindra’s vision of establishing itself as a household name in the Southern African markets,” says Rajesh Gupta, CEO of Mahindra South Africa.

Mahindra has been serving the South African Market for nearly two decades and has been consistently among the fastest growing brands in the last few years. Mahindra’s commitment is exemplified by its recent investments in a local assembly plant, fitment centre and state-of-the-art training facility.

“The Mahindra range of farming equipment has proven reliable and highly popular in many harsh environments across the world. This is also the case in South Africa, where our tractor owners report unmatched levels of durability, ease of maintenance and fuel efficiency,” says Rajesh. Adding that Mahindra is the recipient of the prestigious Deming Prize and Japan Quality Medal.

Mahindra South Africa has scheduled a special virtual launch event on 18 November 2021 on its Mahindra Tractors Facebook page, where it will introduce its first dealers, its range of products and several service and support innovations.

Customers interested farmers and the media are invited to attend this virtual event, where they will have an opportunity to interact with the Mahindra executive team, learn more about their local dealers and support network and stand a chance of winning major prizes. 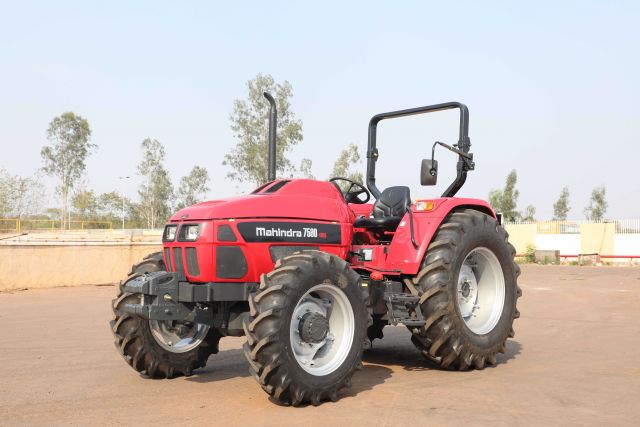