He said these estimates are based on police statistics and data obtained from a company in Durban that Naamsa has commissioned to do this work on the association’s behalf.

Mabasa said the majority of these illegal vehicles entered South Africa through the port of Durban and were for transhipment to landlocked neighbouring countries, such as Botswana, Eswatini (Swaziland) and Lesetho, but never ended up in these countries.

He said the paperwork for the importation of these vehicles was above board, but criminal syndicates have become more sophisticated and intelligent in terms of how they move these vehicles into and out of the country.

The SA Revenue Service (SARS), police and law enforcement agencies, with the assistance of Naamsa, is intensifying its efforts to crack down on this illegal trade.

These efforts have resulted in the Inter-Agency Working Group on the Illicit Trade (IAWG), which includes SARS, the Department of Trade, Industry and Competition (Dtic) and other law enforcement agencies, earlier this month crushing 57 illegally imported second hand vehicles.

SARS’ Illicit Trade Unit has in recent years increased the number of illegal grey vehicle imports it has detained and seized, which were eventually forfeited to the state.

SARS said the proliferation of second hand motor vehicles into the country also poses a safety threat when used within South Africa because these vehicles are not manufactured for the local environment and do not go through proper safety processes.

SARS Commissioner Edward Kieswetter said this month that the crushing of the illegally imported vehicles is a warning to those who continue to practice this illegal act. Kieswetter warned unsuspecting buyers to ensure that what they are paying for is legal or their vehicle could be confiscated by the state.

Deputy Minister of Trade and Industry Nomalungelo Gina said the government is absolutely determined to deal with this blatant disregard of the country’s laws and the safety of road users.

Gina added that the government will do everything it can to confront this scourge to protect local manufacturing, which contributes more than 7% to the country’s GDP and is an important employment creator.

“Buyers of these vehicles must realise that they are killing jobs and destroying the capacity of our economy to produce prosperity for all citizens,” she said.

Mabasa said Naamsa is concerned about the impact of these grey vehicle imports because without a doubt they displaced new car sales.

“To put this into perspective, the monthly average new vehicle market for 2020 is 28 500 units. Grey imports represent an extra month's sales per annum, which represents 7.5% of the total market and makes them the third largest brand in South Africa by volume,” he said.

Mabasa added that based on the suite of taxes applicable to new car sales locally, Naamsa estimates that the 30 000 illegal grey vehicle imports into South Africa a year is costing the fiscus R3.8 billion each year. 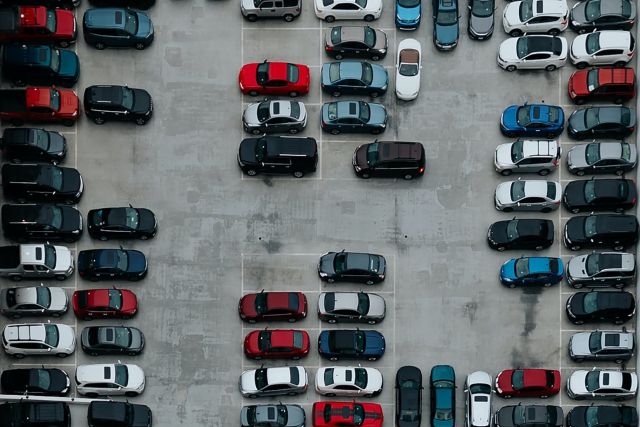