Winning is part of their DNA

Bidvest Volkswagen Arcadia is no stranger to winning awards and it has just added another title to its collection. 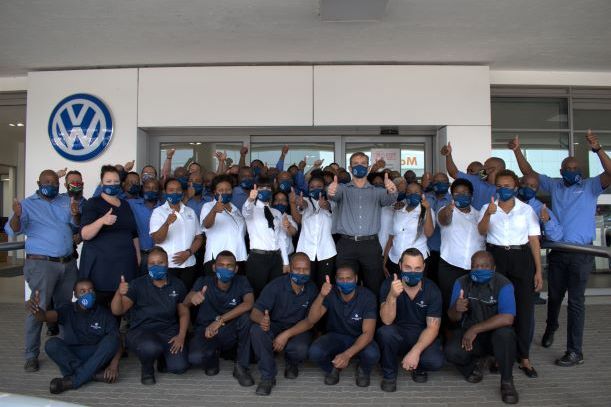 The Volkswagen dealership, close to Sunnyside and the Central Business District (CBD) of Pretoria, was awarded the Listed Group of Year category winner in the MSX NADA Business of the Year 2020 Awards.

It is the second time the dealership has taken the laurels in the MSX NADA Awards with the previous win in 2017. In the last seven years, VW Arcadia was a consistent claimant to the title being a finalist five times and winning it twice.

This is not the only award on the mantlepiece this year. There was also the Bidvest Award for Outstanding Performance where the dealership outperformed other businesses in the Bidvest Group, which do not only focus on their vehicle retail division.

“The people working with you make the difference. The staff must be dedicated, willing to walk the extra mile, exercise leadership and be prepared for modern-day challenges in terms of technology,” says Stephan Delport, Dealer Principal at Bidvest McCarthy VW Arcadia.

“The same that is expected of the staff, is expected of me. As the leader of the team, you need to be strict and firm, but fair. Treat people the way you want to be treated and try to know everyone who works with you,” he says.

“Our latest achievement focuses on dealership profitability. For us it means the constant monitoring of every aspect of the business. It is a daily effort to measure everything and make adjustments immediately. Your profit must outgrow the growth of your expenses,” says Stephan.

Another important point Stephan makes is the use of technology, not only in the way it replaces the traditional paperwork at the internal level of how the dealership operates and the purchasing process for clients, but in several other disciplines.

“Our marketing is digital on various platforms, and we communicate electronically with clients. We also do weekly measurements of our marketing strategies to evaluate the results and feedback,” Stephan tells Dealerfloor.

With the known deterioration of especially CBDs, we asked Stephan about the location of the dealership. “Like in many parts of the country, there are challenges in keeping your area of business clean and safe. We contribute to efforts in this regard and are active in forums discussing and working together with other businesses and entities to ensure this. It is a very vibrant part of the city,” he says.

Stephan told Dealerfloor that the dealership has a rich history and was established after WWII. Over the years, it belonged to different groups selling different brands form Studebakers to Volkswagen Beetles in early years. At one stage it was the well-known Capitol Motors. Today it is classified as a category A – large – dealership by Volkswagen.

Asked about his spare-time activities, Stephan says he loves cycling, riding bike, hunting and the outdoors in general. His career started in the McCarthy Group at a Toyota dealership and then he moved over as Sales Manager at VW in Roodepoort in 2003, where he was later appointed Dealer Principal (2007). In 2010, he became DP at VW Silver Lakes till 2013 when he moved on to take the lead at Volkswagen Arcadia. 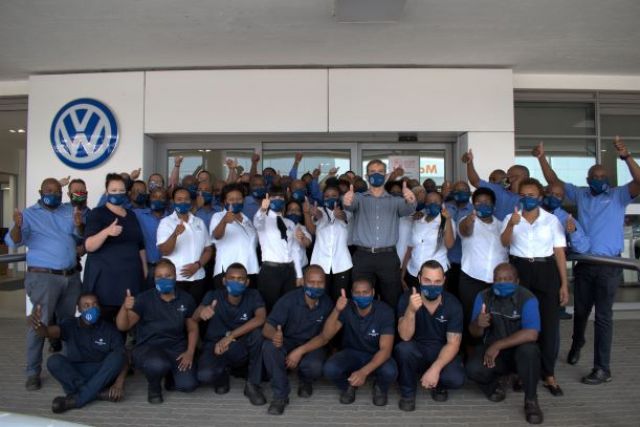