Up for the challenge in rural Hartswater

Local business conditions are slowly but surely returning to normal, but the long-term effects of the pandemic on the motor trade still play havoc in terms aspects like stock availability. 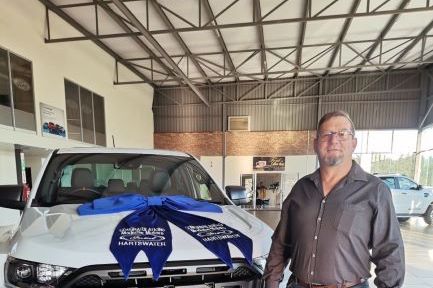 “Business in the rural environment remains a challenge. During the height of the pandemic, pecan nut prices dropped dramatically owing to challenges surrounding their export. The pecan nuts are mainly shipped to overseas markets like China. Notwithstanding the good rainfall we had, the pecan nut industry was hit harder than other agricultural crops.

“With around 70% of farmers in our area in this industry, it also has a severe effect on local business, including motor retailers. Business is getting better, demand for new vehicles is growing but their supply remains a problem for the foreseeable future,” says Tommie.

He says although Hartswater is in the Northern Cape, it is right on the corner with the Northwest and the Free State provinces. The other sizeable nearby towns include Jan Kempdorp, Warrenton, Christiana, Pampierstad and Taung, spread over the three provinces that are all part of their area of responsibility.

“Without a doubt, bakkies are extremely popular, not only with the farming community but also with municipal and state enterprises in the region. Ford launched the right products at the right time. We bought some land and built a brand-new dealership of 1 890 m2 in 2016 according to Ford’s latest CI specifications.

“The dealership is state of the art with showroom space for between 12 to 14 vehicles depending on the vehicle size. Our workshop boasts three highly trained technicians, one of whom is a qualified Master Technician. The workshop is classified as a D category facility because of its size,” Tommie says.

Asked about the heritage of the dealership, Tommie says it is a family business run by him and one of his brothers, Hannes. Their other brother, Gerrit, runs die Nissan Dealership in Hartswater.

My father, Paul, started the business in 1968 in Warrenton with dealerships for vehicles like Vauxhalls and Colts and different fuel station forecourts. “My dad is now 88 but is still involved in the business,” says Tommie.

In 1999 they acquired the Ford/Mazda dealerships in Warrenton while Gerrit opened the Nissan Dealership in neighbouring Hartswater during 2003. With the split between Ford and Mazda they kept the Ford franchise and in 2008 moved the business from Warrenton to Hartswater owing to the stronger growth of the town.

And what does the future hold? “Well, the farmers are getting back in the business and buying bakkies and in our town everyone knows the local economy is just as strong as the success of the agricultural sector in the region,” says Tommie. 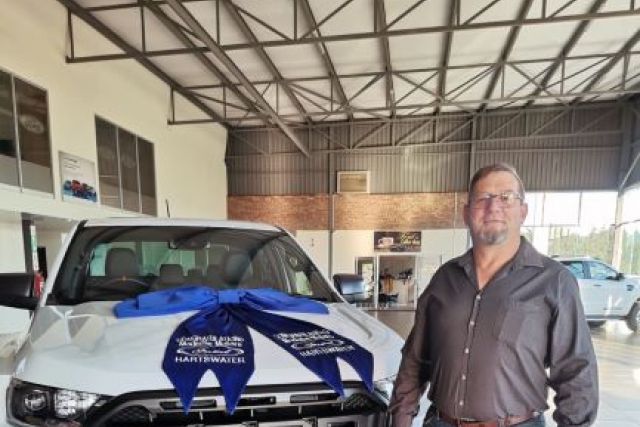