One big family in Scottburgh 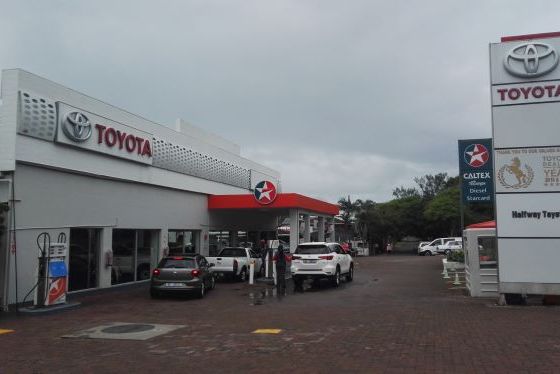 To find out how his staff took the award two years running despite working in a rural area, Dealerfloor visited the bustling dealership behind the small Caltex forecourt on the south coast. Next to the dealership, parking bays the size of soccer two fields were mostly full – predominantly with Hilux bakkies and Quantum taxis – but there were also a few Land Cruisers that had been converted into ambulances. On benches placed under shady trees, a few express service clients waited for their vehicles.

Next to the main entrance, a Zen garden with a laughing and a serenity Buddha, has boards with the messages “We do the right thing, even if no one is watching” and “We take ownership for all we do”.

In the parking lot, Nkosi Nxele who was busy loading his mobile workshop while chatting to one of the express service clients, said the dealership certainly went the extra mile for clients. He services mostly taxis and bakkies. Also in the parking lot, ready to depart, was parts delivery man Mvelo Gambushe. He said he drives long distances regularly and was already on his third Hilux. The client who had wandered over, a paramedic whose duties include managing a small fleet of ambulances, said Scottburgh served the district's mobile clinics and ambulances.

Past the Zen garden, receptionist, Debbie Virasamy sits framed by two prancing horses – the President Awards. Because receptionists know all about the businesses they work in, we asked Virasamy if she could put her finger on the secret behind the dealership’s success. After a pause, Virasamy said: “It’s a happy place to work, its home from home.”

At the awards ceremony, Senior Vice President of Sales and Marketing at Toyota SA Motors, Leon Theron, credited Dealer Principal Sumen Naidoo for using his wealth of knowledge to grow and develop his staff to their true potential. During our visit, Naidoo’s small office saw a constant stream staff members whose issues were quickly dealt with. None of his visitors were managers – they were all out on a managers’ weekend – which may also help to explain all the “gees” that can be sensed in the dealership. 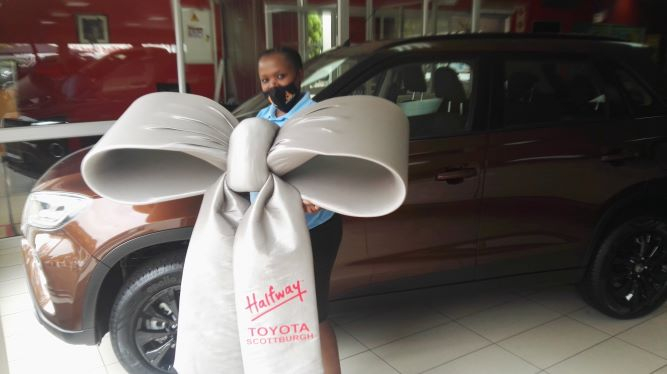 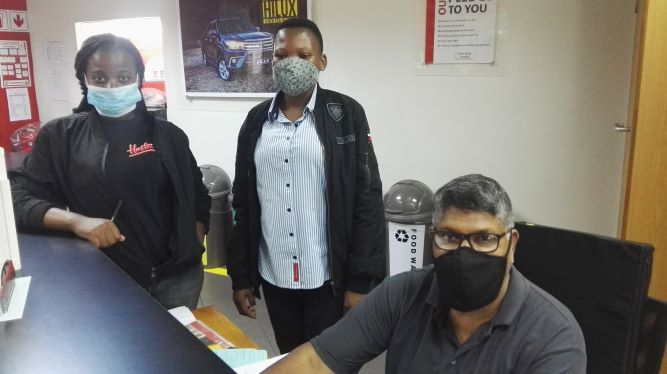 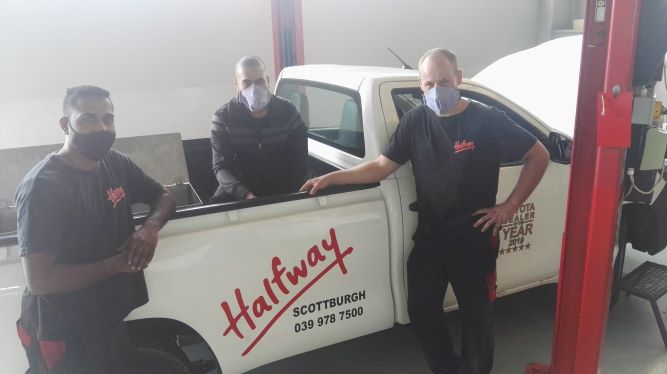 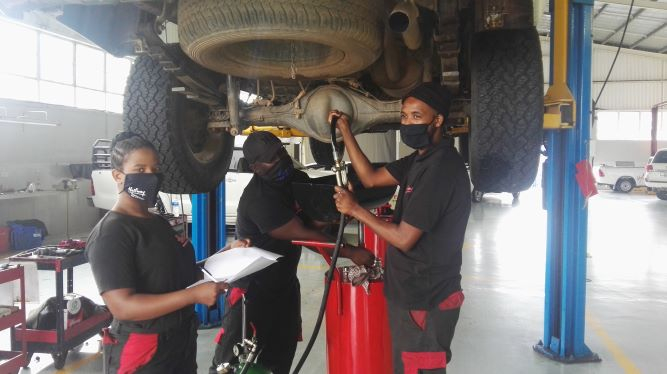 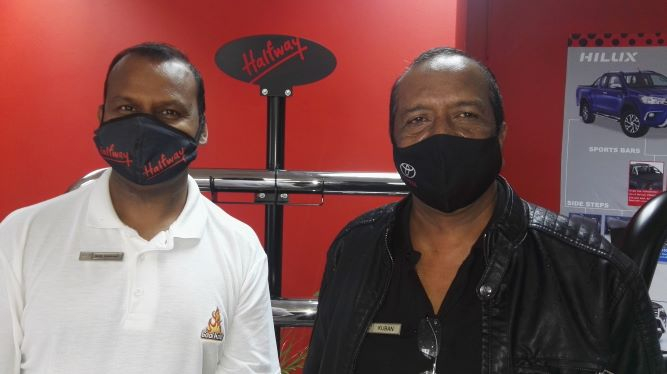 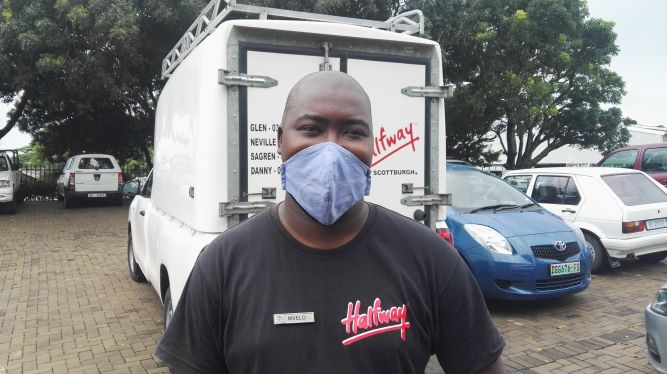 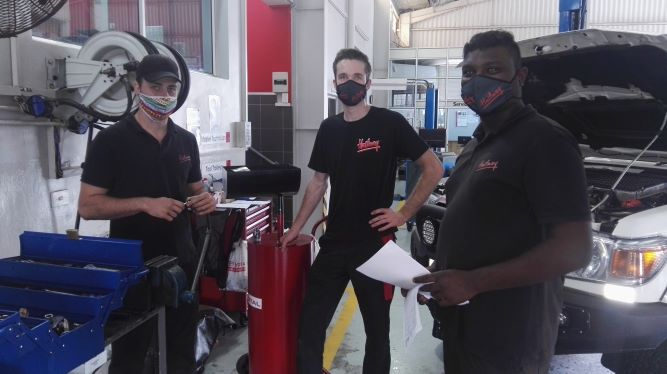 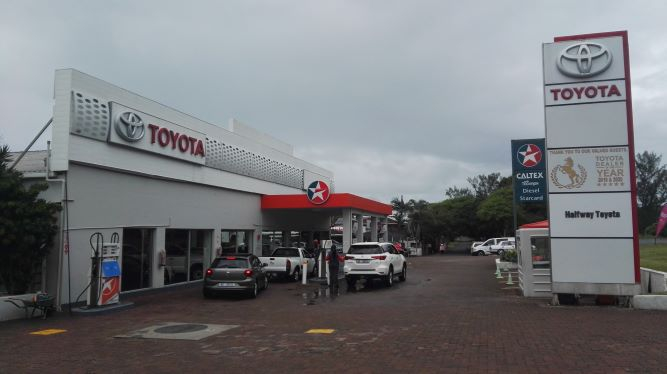 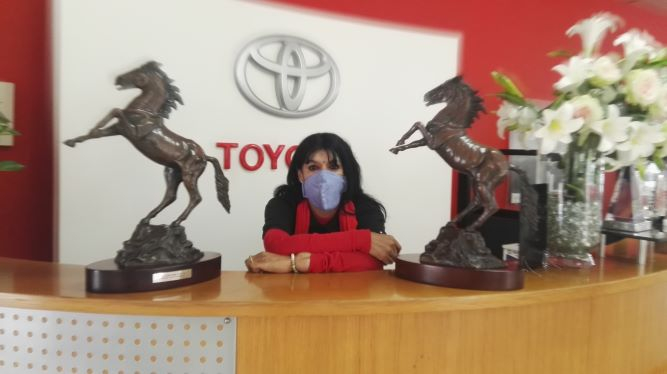 Reputation of the Toyota badge

The sales executives were all working their phones, except for Thuli Sabella Mblele, who was preparing an Urban Cruiser for a client handover. She agreed with fellow sales executive Kuben Naidoo that the badge-engineered Suzuki Brezza is simply flying out of the showroom. Asked why they were selling the Urban Cruiser faster than Suzuki dealerships were selling the Brezza, Naidoo said: “It’s the Toyota badge.”

Downstairs at the service bookings desk, Jennifer Harihar agreed that the brand’s toughness contributed a lot to the dealership’s success. “We have several clients whose taxis or bakkies have close to 900,000 km on the ‘odo’,” she said.

Service manager Dale O'Reilly agreed that the brand’s toughness formed a good base for the dealership's success, but said his team of quality technicians working downstairs as well out in the field in mobile workshops literally maintained this reputation as well as that of Halfway Toyota Scottburgh.

Mostly a young team, they were all hard at work, but cheerfully agreed to stand still for a quick photo. Lungani Duma, who was working with Ntokozo Mnganga and Absalom Matandu in the express lane, embodies the mix of skills among the technicians. He studied electrical engineering while working as a waiter at Spur, where he learned people skills at the deep end, before taking the job with the Halfway Group six months earlier.

During the awards ceremony, when he bestowed the two top annual awards on Halfway Toyota Scottburgh, Theron said the dealership showed Toyota’s values and was an example of the service excellence that can be achieved in difficult times through teamwork and a common goal not only in the normal year of 2019 but also the lockdown year that was 2020. 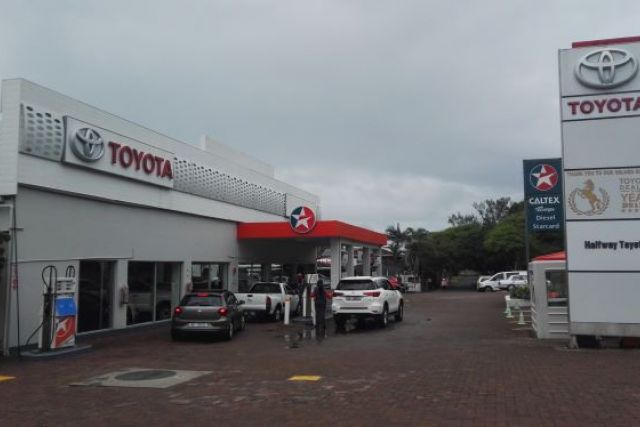