From the pulpit to the dealer floor

From a man of the cloth to a man selling cars, Charles Kuhn believes in finding his customers the best deal.

Charles is the Dealer Principal at Daly Jaguar Land Rover in Potchefstroom and as a retired reverend of the local Methodist Church, his path to the dealer floor is a fascinating one.

The business is run by the Daly family with Dick Daly still taking an interest in the business and his two sons, Theo and Andrew, as the directors.

It is his relationship with the Dalys, with five generations at one stage in his congregation, that got Charles into the motor trade.

Over the years he assisted with the marketing at the BMW dealership that was bought in 1998 by organising golf days and a host of other marketing related activities.

In 1989 Land Rover moved in under the Daly umbrella but it is during 2003 that Charles started to assist at this dealership on a part time basis. It even included a small “church office” so that he could continue his church duties at his new work.

With 38 years as a Methodist reverend of which 23 years in Potchefstroom and retirement at the doorstep, he became more involved during July 2019 and was appointed as full time Dealer Principal during February this year.

“Just before the arrival of COVID-19, I took up the full-time position and then disaster struck. Although difficult times and still a challenging future ahead, we were able to keep all our staff with salaries,” he says. Still ministering part time, delivering a sermon once a month, Charles says he was occupied during the height of the pandemic and lockdown attending to a lot of funerals.

And what about customers’ reaction if they learn he was till recently full time ministering in a church?

He laughed and says it is always is a good starting point for a conversation and sometimes establishes trust. Indeed, it often happens that Charles is called upon for a bit of counselling with his clients, which he happily does.

“Selling cars and giving excellent customer service is our main aim. These days with internet shopping you compete against everyone and you must step up your game. We deliver vehicles in far-away places like Cape Town and Port Elizabeth,” Charles told Dealerfloor.

And what methods are used to deliver vehicles so far away from Potchefstroom? “We consult with the client and can fly him up here or put the vehicle on a transporter truck or have people drive it down to wherever it must be delivered.

There are only two Jaguar Land Rover dealerships in the North West, the one in Potchefstroom and another in Rustenburg. “We can’t keep our doors open with only Potchefstroom as our customer base. You must cast your net wide these days. Competition is stiff and factors like the pandemic and the declining economy plays a major role in peoples spending patterns and disposable income that eliminates some out of the loop not able to afford what we have to offer,” Charles says.

According to him in this high end of the market a lot of transactions are cash deals. “I am afraid cash is not necessary king anymore, like the saying goes. Our industry relies on income streams from financed transactions and cash means the F&I suffers. But we do what we can to give good prices and quality service to both cash and financed transactions for our customers.”

Asked about what models in both ranges are most popular with buyers, Charles says SUVs are dominating and that fact that Land Rover only sells these kind of vehicles makes it the more popular choice.

When asked about the “talk of the town” or rather the talk of the century for off-roaders and petrol heads in general, he says the new Land Rover Defender is really doing well, especially the diesel versions.

“We see a new client base developing for outside the traditional Land Rover sphere and from within. Because of the modern design, high spec levels, space, and comfort throughout the range and still a serious off-roading vehicle, more buyers emerge that will use it in a more dual application.

“With the previous Defender, the emphasis was mainly on overlanding and the tackling of serious obstacles and terrain. This is still possible with the new Defender, and even more so, but because of the above-mentioned factors, we might see a lot of them used as the primary vehicle on a daily basis like is the case with many other SUVs.

“A number of owners of the previous Discovery 4 also consider the Defender as a replacement and if you look at the specs, the excellent new engine options and the price which is very competitive, it contributes to the success of the new Defender,” he concluded. 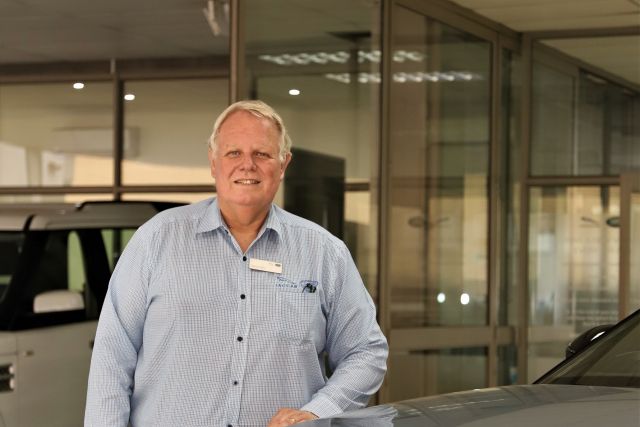