Fearless and up for any challenge, Cynthia Ramutumbu (31), is shattering the glass ceiling when it comes to a career traditionally associated with her male counterparts. 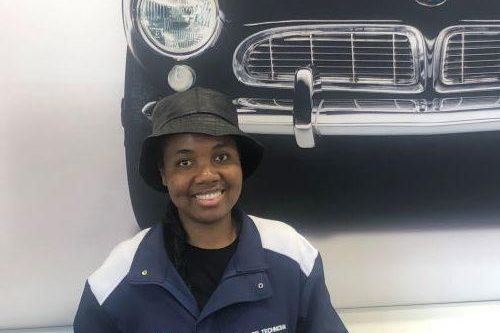 Dealerfloor recently had the pleasure of meeting her at BMW JHB City in Newtown – a division of the Legacy Motor Group (LMG) - where she is currently working as a service technician in the workshop.

According to Cynthia, grabbing any possible opportunity she gets in life, is part of her motto. “I sincerely believe I can do anything you give me to do, as long as you teach me how to do it,” she said. “And I do not fear making mistakes or messing up, because you learn from them to become a better worker and a better person.”

After matriculating in Chiawelo, a suburb in Soweto, in 2008, she completed a certificate in marketing at UJ and followed it up with a course in financial accounting. She decided to pivot to a career as an electrician and completed her NQF-levels 1, 2 and 3 electrical courses at South West Gauteng College in 2014. She then worked as a boilermaker’s assistant at Marula Platinum Mine in Limpopo Province.

But her life was about to change when, in 2017, her cousin called her out of the blue to tell her about an apprenticeship at BMW Joburg City. “I immediately called them and I am so grateful that the receptionist actually put me through to the HR department,” she explains. “I believe it was an act of God and meant to be.”

During the interview, Cynthia impressed the panel so much they immediately appointed her in an apprenticeship role. “I was so happy to be able to work at such a premium brand, and the internal training programme is outstanding,” she said. “I must add that, to pursue a career as a mechanic, you need a driver’s licence, grade 12 maths and science; a 50% pass mark and above or an N3 qualification.”

After the three years’ apprenticeship, she was appointed as service technician in August 2020 and has since set her sight on becoming a Master technician. “I treat every car like a patient and focus my mind and my mood on fixing it. Just as a doctor or a nurse would focus on nursing you to health, and I now want to become the best possible technician I can be.”

Cynthia told Dealerfloor that she sometimes gets asked whether she has always been a petrolhead for working at a car dealership. “When I rewind my mind, I seem to remember a time when I was very young and my siblings and I were playing in old cars standing in my grandfather’s yard. He liked tinkering about and fixing cars, so maybe it is something that is part of my DNA,” she explained.

When prompted about a message to young girls who are not sure if they can turn the auto industry into a career, Cynthia is adamant that everyone can do anything. “As long as you don’t limit yourself, believe in yourself, love the work with passion and fearlessly grab the opportunities when they present themselves, you can and you will be able to excel in this industry,” she said.

She also pointed out how women shouldn’t be scared to take on jobs that were traditionally reserved for men. “I have always worked among men and in a way, it makes me feel free. I don’t feel intimidated by them, but I think sometimes they might feel a bit intimidated by me,” she smiled. “I see how they look at me with respect when I remove the very heavy tyre of the X5, always coming to help me put it back. We work well together.”

From understanding marketing and finance, to working as a boilermaker and now a service technician extraordinaire, Cynthia is the complete package, prepared to take on any challenge and opportunity that comes her way. 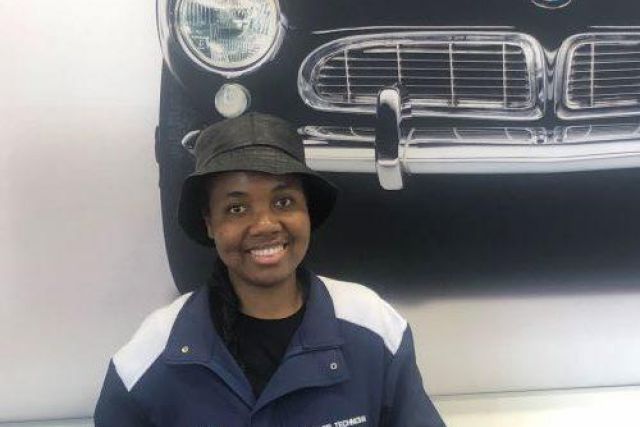