The CEO of BMW Group South Africa and sub-Saharan Africa, Tim Abbott, has quit after six years at the helm and will be replaced by South African born Peter van Binsbergen at the start of the new year. 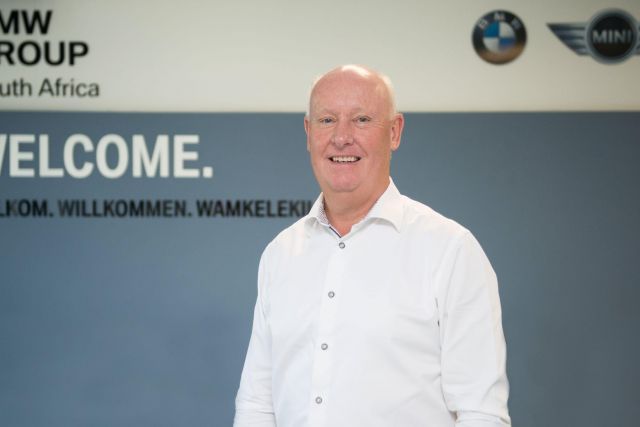 This is an unusual step for the auto industry and according to a media statement the 62-year old Abbott will now mainly focus on projects close to his heart. These include transformation and conservation, and he will focus on continuing his legacy as being the initiator of the R6 billion Automotive Transformation Fund, and will also be actively campaigning for the Rhino Foundation.

According to Abbot, BMW SA has been his home since 2014 and he thanked his colleagues for their support and encouragement. “I have been outspoken in my commitment to transformation and conservation during my tenure here, and I will carry this determination for change into my new roles,” he said in a statement.

The Senior Vice-President Region Asia Pacific, Eastern Europe, Middle East, Africa, Hendrik von Kuenheim said that he is disappointed to lose Abbott. “I know he will continue to make a difference in South Africa, and I thank Tim for his contribution and leadership to the company and wish him well in his new ventures,” he said.

Van Binsbergen will assume the role of CEO having started his career over 25 years ago when he was responsible for product planning, marketing and sales at BMW Group South Africa. After working in Japan and China, he took the helm as Senior Vice-President Customer Support BMW Group in 2018.

“Peter’s breadth of experience in different leadership roles across the company as well as his international background has proved to be a great asset in his current role, and will be extremely valuable in his new position. He now returns to South Africa where he started his career at the BMW Group and will use his extensive knowledge and leadership skills in his home country,” Von Kuenheim said.

Van Binsbergen is looking forward to coming home after 18 years abroad. “This is a really exciting time to be involved with BMW, and I am looking forward to building on the tremendous work done by Tim and his team to strengthen the position of the Group in South Africa,” he said.