August sales up on July, but market remains under pressure

New vehicle sales, as reported by Naamsa, improved from a slow July but they remain significantly below last year’s figures. 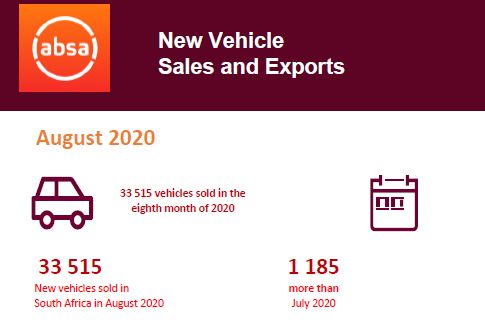 The dealer network remains the driving force of this market, selling 92.1% of all vehicles. The remainder is made up of government sales (4.2% or 1 419 units), single unit sales (sold by OEMs to themselves for staff, marketing or other purposes) of 2.9% or 969 units and mere 252 units or 0.8% to the vehicle rental industry.

All eyes have been on the rental industry, since it’s slowly returning to business under Level 2 lockdown and it contributed 12.6% of all sales in August last year. The summer season is usually the busiest time for the industry and sales made usually pick up any slack left by government sales.

Unfortunately, this is not the case this year. Naamsa notes, for instance, that the entire fleet market only purchased 8 passenger vehicles last month.

For a good overview of the Naamsa sales figures for August, see AVAF Infographic NAAMSA Aug2020

Naamsa notes that the market remains depressed, and although it has seen an improvement in sales in August over July, it does not foresee a significant improvement in the remainder of this year. It points a finger at Eskom and the impact of its renewed load-shedding on the economy and business confidence. It also says that private spending remains under pressure.

There is also talk that some brands are running low on fast-selling imported models, as many international factories are still slowly ramping up production and imports remain constricted through our harbours. 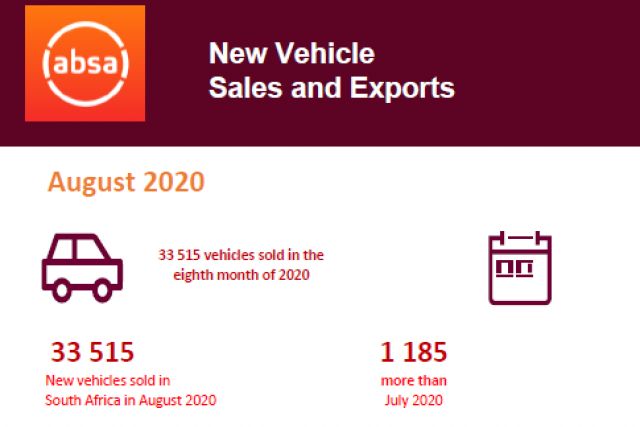